With diversity high on the police agenda, it should be no surprise that much of your board interview is likely to focus on your understanding and exposure to race and diversity.

Forces face many obstacles when it comes to diversity. Firstly they have a shortage of officers from under represented groups, this causes obvious language barriers when trying to communicate with those who do not speak English. With a lack of language skills comes expensive interpreter fees, often budgets in their £millions per annum are required for each force.  Minority officers also bring sensitivity when it comes to making arrests. It is very rare that arrests would take place in buildings of worship such as mosques, this is because such action would be deemed highly insensitive and would any hinder progress made in reducing the perception of racism in the service.

Not only should you be aware of the problems listed above, it is worth noting that you should have some idea of what minority groups your chosen force actually police. For example, is there a Chinese community or perhaps a Somalian community? You should also know exactly where they exist in your chosen force area – this demonstrates a full understanding of the force area and it’s make-up.

You should also research what actions your force is undertaking to address these problems. Neighbourhood policing is one aspect, but it would be useful to try an obtain a copy of your chosen force Diversity Action Plan – this normally sits with Human Resources or with a Diversity and Equalities Officer.

More information on the police board interview can be found at: http://policeassessment.co.uk/2009/09/police-interview-advice/ 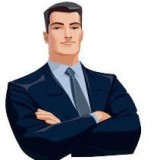 Links to our main site